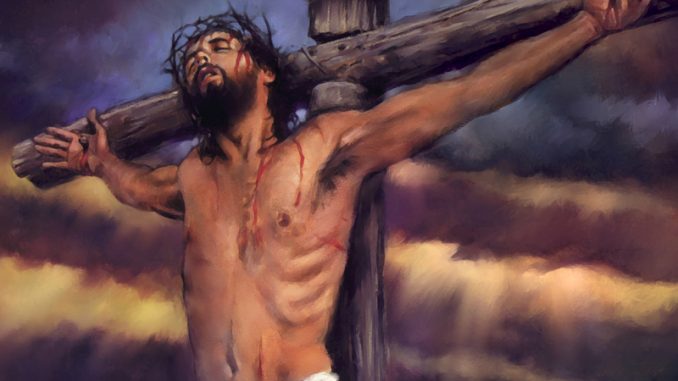 I studied under brother Francis. He wrote a timely post from his heart today I am sure . So I wanted to share with you all in hopes it would begin a process of healing and a strong foundation for you as it did me. The story unfolds below.

When I look at the conditions of our world — the deep racial and political divisions, immigration problems, terror threats, national debt wars, and lawlessness in our cities — a deep foreboding comes over my soul. As Christians, we all believe the call of 2 Chronicles 7:14 offers hope, but what if there is no response to the call to humble ourselves and pray? Is there anything we can do to restore hope and stability?

There is a situation mentioned in the Bible that offers a solution. Nebuchadnezzar, king of Babylon, “and all his army, with all the kingdoms of the earth that were under his dominion and all the peoples, were fighting against Jerusalem” (Jer. 34:1). Because of Israel’s sin even the Lord had seemingly withdrawn. For nearly forty years, Jeremiah pleaded with God’s people to repent, but they would not. Israel was nearly apostate, and the dire and repeated warnings of Jeremiah were about to come to pass.

However, hidden in the ways of God was a plan, a redemptive strategy that would reverse Israel’s direction. If the Jews implemented a “Year of Remission” (see Deut. 15:1-18), God would show to them the same mercy they showed to one another. What was required was that “each man [would] set free his male servant and each man his female servant . . . so that no one [would] keep them, a Jew his brother, in bondage” (Jer. 34:9).

Not only did they agree to this year of release, but “all the officials and all the people obeyed.” Then, in earnest faith, they “entered into the covenant . . . so that no one should keep them any longer in bondage; they obeyed, and set them free” (Jer. 34:10).

The Bible says the Judeans then cut a calf in two and passed “between its parts” (Jer. 34:18). This was the same kind of covenant ritual Abraham had made with the Lord centuries earlier (see Gen. 15:10, 17-18.). The redemptive plan of God was this: If the Israelites set free their slaves, they would not be taken as slaves. If they showed mercy, God would show Himself merciful to them as well. Even though they were, by all counts, nearly apostate, the act of releasing the debts of others would have averted the destruction of their cities, for “mercy triumphs over judgment” (James 2:13)!

As they were releasing one another, something marvelous occurred. Supernaturally the Lord drew “the king of Babylon…away” (Jer. 34:21). At the very moment the people were releasing the debts of others, God was reducing their debt to Him. What they did on earth was actually being replicated for them in Heaven!

In all the years since the establishment of the Law, Israel had never celebrated such a year of release. Yet now, even with their enemies within striking range, Israel covenanted with God to free every man his slave.

Unforgiveness in the Church
How does the above story relate to us? Today we too are facing overwhelming foes. Our society is overrun with corruption and the church is hardly better than the world. The prophets are warning of judgment, and at times, it seems as though God has stopped listening to our prayers.

Yet I believe if we can sincerely forgive those who are spiritual debtors to us — even starting with those in our homes and families — if we extend forgiveness to our neighbors and proclaim release to those who left our churches, if Blacks could forgive Whites and white people forgive people of color, the mercy of God will begin to fall again on our land.

Let the Lord reveal all with whom you have unforgiveness. Let mayors announce a day of release. Let white police and people from the Black community pray for each other, asking for forgiveness for mistakes and abuses. If we show mercy, God will show mercy as well.

Remember, Jesus taught that if we are at the altar and remember someone has unforgiveness toward us, we are to leave our offering and be reconciled (Matt. 5:23-24). Reconciliation is more important than ritual, according to the Lord. Yes, let us covenant with God for our communities and even for our nation!

Indeed, let us take this one step further: let us release those who have voted for candidates with whom we strongly disagree. It is time to rid ourselves of every debt we feel we are owed by others. And let us start anew to rebuild our lives in Christ and reunite in the power of redemption. Let us bring Christ’s covenant of forgiveness into our interracial relationships, and let us, each one, forgive others as completely as God in Christ has forgiven us.

The Sad End of Jeremiah 34
In spite of the great breakthrough Israel experienced, their story ends badly. For when the enemy left and the pressure was off, each man “took back” his male and female servants and “brought them into subjection” (see vv. 13-16).

Beloved, hear me please: if only the ancient Jews would have followed through and held fast their release, the Book of Lamentations never would have been written! Mercy would have triumphed and remained, but such was not the case.

Still, for us, the final chapters of our times are yet to be written. We can learn from the example we see in Jeremiah 34. If we will embrace mercy, if we can sincerely release one another, we will escape the dire expectations coming to meet our sinful society. Our actions today, even now, will determine whether our society is blessed or judged. Let us, therefore, release the debts of every man and covenant for mercy for our land.

Heavenly Father, we recall the words of Jesus, Your Son. He mentioned how often He desired to gather the people together, but they would not have it. He warned that their house would be left to them desolate. We hear this and set our hearts to forgive and maintain forgiveness. We ask to be gathered together, to forgive and to be healed from the burden of our past. God have mercy on us even as we extend mercy to others. In Jesus’ name. Amen.

(Please consider sharing this message with your pastor as well as to the local police and your city officials. Thank you).

Adapted from Francis Frangipane’s book, When the Many Are One available at www.arrowbookstore.com. Email ThisBlogThis!Share to TwitterShare to FacebookShare to PinterestOlder PostHome

Eph. 4:31 Let all bitterness and wrath and anger and clamor and slander be put away from you, along with all malice.

Eph. 4:32 Be kind to one another, tender-hearted, forgiving each other, just as God in Christ also has forgiven you.

This site uses Akismet to reduce spam. Learn how your comment data is processed.

Join 506 other subscribers
Follow A Perspective From The Pew & Street on WordPress.com

Honest Thoughts from a Pastor

Transparency from the heart of a pastor

Your Last Day On Earth
CONSTRUCTION D'UN FOUR A PAIN TRADITIONNEL
B Is for Blessed!

My Slice of Mexico

Discover and re-discover Mexico’s cuisine, culture and history through the recipes, backyard stories and other interesting findings of an expatriate in Canada

Finding faith and humor in the darkness.

Bridging the gap between mere existence and true life.

“For wisdom will come from my mouth; words of insight and understanding will be heard from the musings of my heart.” ‭‭Psalms‬ ‭49:3‬ ‭TPT

Philosophy is all about being curious, asking basic questions. And it can be fun!

A community for writers & readers